Food resilience is about people…it is about how we connect with each other and how we relate to our role within the ecosystem. It invites us to care and be guardians.

In 2013, Fiona Parkes of the Rangiora Earthquake Express contacted me, Matt Morris, in my capacity as then Chair of Soil & Health Canterbury. Their organisation was winding up, had funds, and wanted to leave a legacy food project in the region.

Together, our two organisations ran a hui at the University of Canterbury called “Feeding Our Future”, on the Spring Equinox of 2013. This hui brought together representatives from a range of organisations who all had an interest in food resilience

Initially, the group met in private homes and feasted on delicious potlucks while working through a wide range of issues and agreeing on some principles.

While there was early talk about creating a new legal entity, we decided to hold off on this so that we could focus energies on other more on the ground matters. For the first few years, the Food Resilience Network sat under the legal umbrella of Soil & Health Canterbury.

This was convenient and logical, because Soil & Health Canterbury was also responsible for leading Project 12 of the Natural Environment Recovery Programme – a Government-led Earthquake recovery initiative. Project 12 was about supporting community gardens, community orchards and other community-led food initiatives.

Soil & Health Canterbury was the only not-for-profit community organisation leading a Natural Environment Recovery Programme (NERP) project. In effect, the Food Resilience Action Plan was the work programme for Project 12 of the NERP.

The Food Resilience Network was formally launched in 2014 at the Food Resilience Expo in the Botanic Gardens, and in early 2015 the Edible Canterbury Charter was signed by numerous organisations (first off was the Christchurch City Council). This Charter sets out the guiding principles of our collective efforts to create a more food resilient region. It is also a tool that could be used to establish accountability. 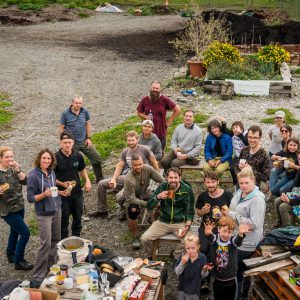 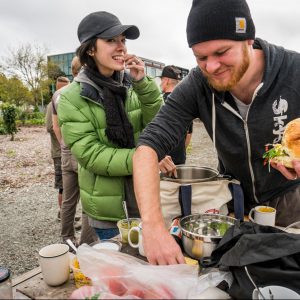 The Ōtākaro Orchard is a project of the Food Resilience Network to build an urban learning hub for local food in the heart of Christchurch. Conceived in 2015 with the input of over 200 people, this project won the tender from CERA for the North Frame Community Garden. As the only community-led anchor project of the rebuild, Ōtākaro Orchard is a rare example of grassroots community vision backed by local & national government and the private sector. This project is a critical anchor for our thriving local food movement, a central nexus for inter-generational learning, and a world-class exemplar of what’s possible for New Zealand and other cities around the globe.

To date, the project has raised $1.1M in capital from 8 organizations and 550 Cantabrians, $400K in-kind from 50 local & national businesses, and over 1,300 hours contributed by 433 volunteers. After being granted the site in 2016, and the canopy of the public food forest planted in 2017, Ōtākaro Orchard is slowly realising the vision of the community and we hope to have it open to the public as soon as possible. To get involved, join in a working bee, tour the site, or make a contribution, please visit us at otakaroorchard.org/ on Facebook or email matt.morris111@live.com

The Elements of Otakaro Orchard: 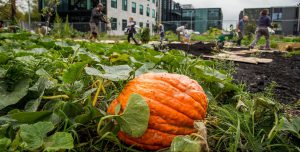 Find out what’s happening in your local community, and around...

Find out what’s happening in your local community, and around...

Say hello and find out how you can get involved...